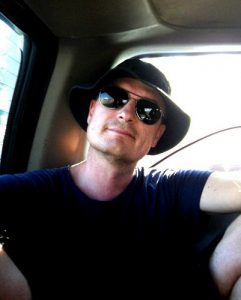 Simon is a film maker. He contacted me in 2011 with a documentary film project about Karaka. He wanted to record the lifestyle we have on board and how it affects the crew and the people we meet. He was interested in showing our experiences as an example of the way modern society is currently changing, and how people like us can be the triggers for it. He has founded an independent label called onionfilms, and won awards for previous films he shot and directed. For the Karaka film he resorted to crowdfunding to finance the project, raising thousands of dollars in a few weeks via donations on the internet. He then flew to meet us in La Paz in Mexico and started shooting everything we did and interviewing everybody. We took him offshore on the long trip down to Costa Rica and altogether he got over 60 hours of footage, roughly one terabytes of data. That was in 2012. The film is still in post production but Simon assures me regularly that he still works on it now and then and that something will come of it eventually. Check onionfilms.de for updates.