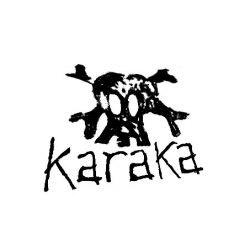 Mike had been following Karaka for a few years but somehow I refused his application when he asked to join(that happens, I can’t take everybody on). Then one day he showed up unexpected in Cape Town and he helped me get the boat ready for the coming crossing. Luckily for him another crew fail to show up, so I took him in and he then sailed with us to Namibia, St Helena and Brazil. He stayed a while with me in Salvador and helped during the haul out there, but had to fly back home shortly after. He accepted to boatsit for me in Tahiti when I took a few month to go help Tara in California in 2014. I only saw him for a couple of weeks there before I left and is the only guy who can boast having spent a few months on board without having to see my ugly mug everyday.