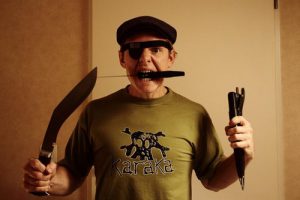 Gwen joined the first time in Hong Kong as I was about to sail away with Karaka for the first time. He was just coming back from 6 months traveling with my older sister in Australia and new Zealand. He then came back 2 years later for the second Chagos expedition in the indian ocean. Despite being a reliable sailor, an excelent crew and a very nice guy, he doesn’t sail that much, spending most of his time mountainering and paragliding around the world and in the french Alps where he lives, and eventually working now and then as a physio to finance it all. His last trip onboard was for the Atlantic crossing but he won’t have the opportunity to come back in the near future as he is now a dad.